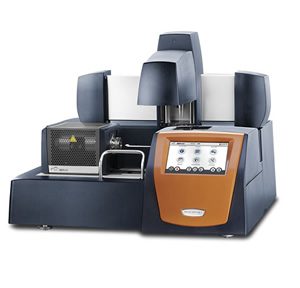 A simultaneous DSC/TGA measures the change in energy as a function of time and temperature, while concurrently and precisely measuring sample weight changes. With a temperature range of ambient to 1500°C, a wide variety of materials can be characterized on the SDT 650 – exceling in both research and production control environments.

Terry Kelly, President of TA Instruments, commented on the introduction, “Never before have we packed so many features in a single instrument. These include the most precise and accurate heat flow and weight measurements, advanced techniques and really powerful automation. TA introduced the new Discovery Series platform in 2016 and hundreds of customers have already confirmed that ’It’s never been easier to get great data.’ The new Discovery SDT 650 will easily be the most productive addition to any thermal analysis laboratory.”

The SDT 650 comes standard with TA’s horizontal dual-beam thermal balance with innovative quick-connect beam design, ensuring ease of use and maximum up-time. As with all TA thermal analysis products, the furnace is backed by TA’s industry leading 5-year warranty.

An optional 30-position, linear autosampler is also available. This design is rugged and ready to deliver maximum productivity, allowing the user to run scheduled and unattended experiments, calibrations and verifications with the utmost confidence. The Discovery SDT 650 also features a host of significant innovations common to all new Discovery Series instruments, including a new app-style touch screen and powerful new TRIOS software.

TA Instruments – a subsidiary of Waters Corporation (NYSE: WAT) – is the leading manufacturer of analytical instruments for thermal analysis, rheology and microcalorimetry. The company is headquartered in New Castle, Delaware, USA, and has direct operations in 24 countries.